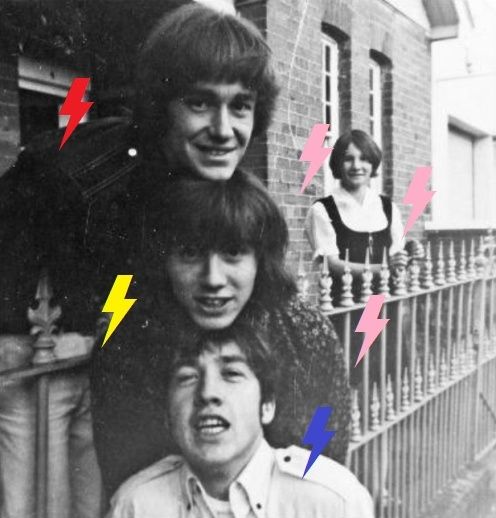 UP: Dick Diamonde, Stevie Wright, George Young of The Easybeats
RIGHT: Margaret Young
...outside the Young family home in Burwood, 1966.

The band’s name was conjured up after Malcolm and Angus’s sister, Margaret, saw the initials AC/DC –
alternative current/direct current electricity – on a sewing machine.
Angus also remember having seen on his mother's vacuum cleaner.