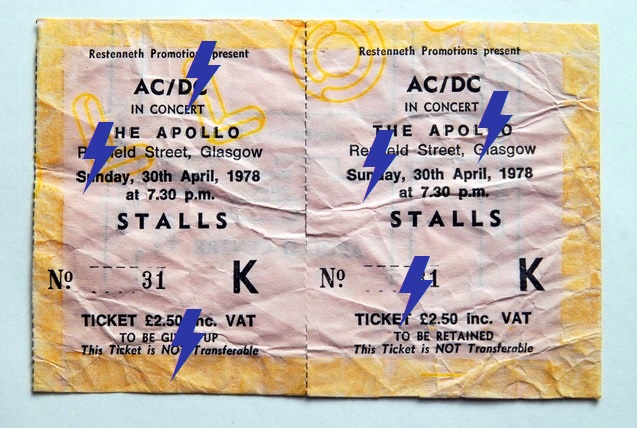 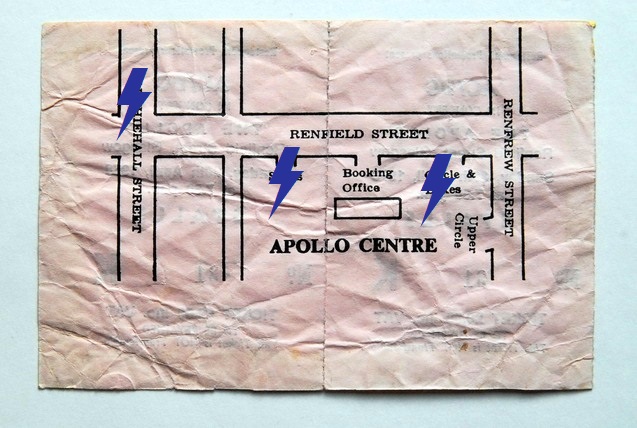 "If You Want Blood" is the first official live album by AC/DC, originally released in the UK and Europe on 13 October 1978, in the US on 21 November 1978, and in Australia on 27 November 1978.
It was released a mere six months after the band's previous studio album Powerage. 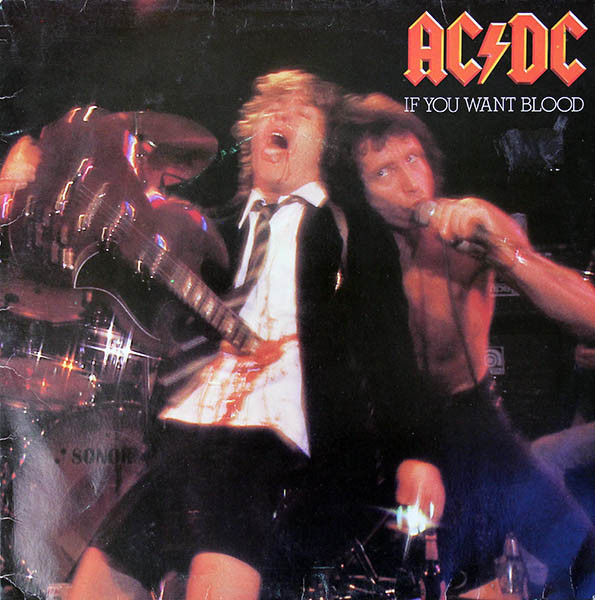 AC/DC's concert at the Apollo Theatre in Glasgow, Scotland on 30 April 1978 was used for the live tracks
(it has never been confirmed if any other concert tracks from this tour are used also) that appeared on the album,
as it can be clearly heard during "The Jack" Scott exclaiming "Any virgins in Glasgow?"
as proof of some songs concert location.
This concert will also be remembered for the encore when AC/DC came back on stage dressed in the Scottish Football strip,
paying homage to Scott's and the Young brothers' home land, and that Scotland had won the Champions League
(or the then equivalent of it) of Association Football (soccer) that same year. 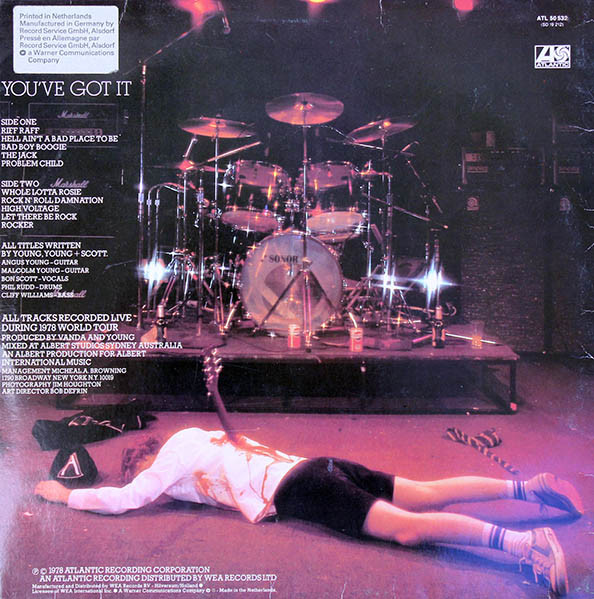 The songs "Dog Eat Dog" and the encore "Rocker/Fling Thing" (followed with a reprise of "Rocker") performed on the night
were eventually removed from the album release, as the version of "Rocker" that is on the originally released album
is missing more than 3 minutes of guitar solo by Angus, which the footage of the song from the concert shows,
as he does his now notable walk around the audience (with an early version of a wireless guitar lead). 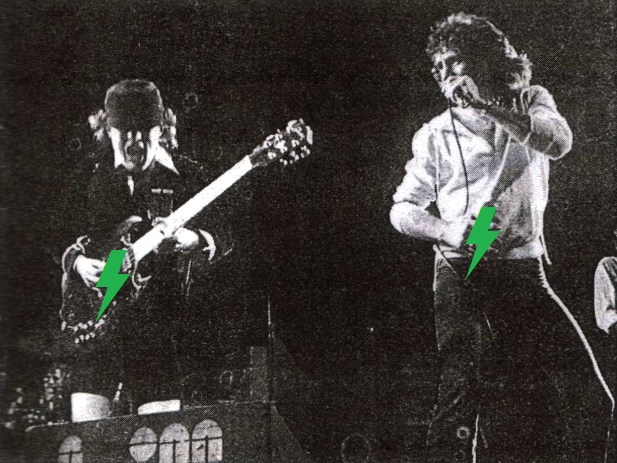 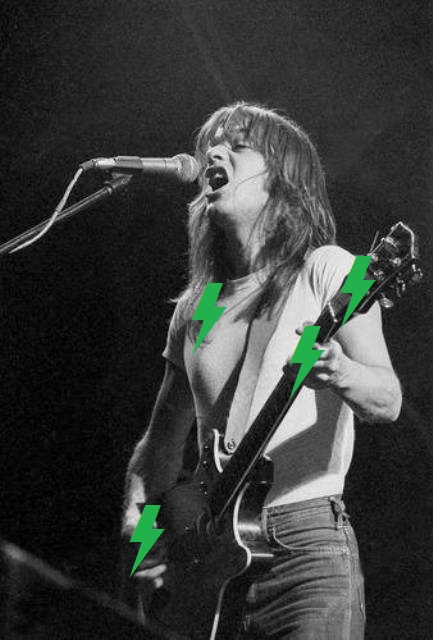